As I headed towards the conference venue I sensed it will be a conference of contrasts. The London November gloom is swept aside by a burst of sunshine as I pass a rain-soaked Hyde Park where the strewn leaves and twigs attest to last night’s poltergeist party. Moving up the Edgeware Road, and into the venue, the contrast is one of unordered bustle to well-ordered bustle. A lunch buffet is being served in the exhibition area where 40 companies are settling in and gearing up to greet, talk and demonstrate. 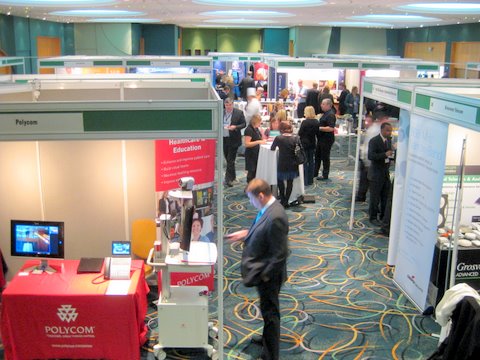 Next contrast – this high-tech conference has no free wi-fi. The twitterstream is going to be very quiet, I think.

The theme of the afterrnoon’s session – older people, carers, and their responses to technology. Carer, consumer, commissioner  …. consumers to be the commissioners in future? However, as Simon Roberts from Intel said, “There’s no Moore’s Law for culture change – it takes a lot longer and a lot more effort”

So it started with Dame Joan Blakewell, broadcaster, journalist and the UK Government’s ‘Voice of Older People’  (1st year report published today) reminding the audience what is is like to be old. Inside you feel the same, but the outside is letting you down, sending ‘wrong messages’ to people around. You resist, but technology is hard for older people and they don’t get it right. She identified a main issue as being how do we handle the 15 year transition from the current older people to a generation of older people who are comfortable with technology. She pointed out that “installation isn’t half the battle – it’s just the first step”.

Imelda Redmond CE Carers UK. (family carers/caregivers) Current care systems are based on underlying assumption that there will be a daughter nearby, ready to pick up the caring. In the UK the people who get services are getting better services than before, but fewer and fewer people qualify. Carers really benefit from telecare, and she chanenged the industry to focus less on social services and health commissioners as they are not flexible enough – there needs to be more input from mass market companies supermarkets and DIY stores, etc.

Dr Simon Roberts (an anthropologist and Intel’s lead for technology reseach for independent living). There is an inherent problem in the ways we construe older people as users of technology – often using ‘my mum’ as stand in for all mums. That is there’s no evidence, just assertion. It’s becoming increasingly meaningless to consider age as confering certain charateristics. Increasing use of Facebook and mobile phones by people over 65. (Intel  developed a touch screen phone as a research tool and – discovered that ‘simple’ quickly becomes ‘boring’. So his message was ‘Design for us not them’. Consider the technology’ s appeal – tactile qualities – display- desire… Design and deliver with soul.

Stephen Wey from York’s Centre for Assistive Technology and Enabling Environments (CEEAT) “Let’s talk telepartnerships rather than telecare.” Technology should bring the world closer, and ethical  considerations should be a help, not a hinderance.

David Behan Director General for Social Care, UK’s Department of Health. Talked about forthcoming changes int he UK’s system of social care, particularly the Personalisation Agenda (Google it) and what technology can contribute. The current system is not fit for the 21st century, There are lots of ideas on how to change it, but how will the changes be paid for?

Following from the Home Telehealth Limited press release, a photo of the HTL team with their Chinese hosts. 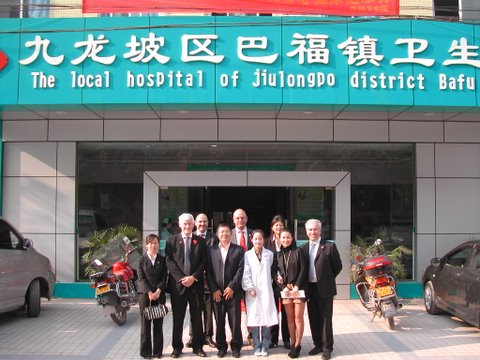 Tynetec has announced a substantial contract with Scottish homes provider Trust Housing for the provision of eqipment and monitoring services. Press release. (PDF)