Fora‘s parent company is Taiwanese Taidoc. At MedTrade they were exhibiting their homecare devices, their Telehealth Gateway, and their Diabetes Information Management System. The picture shows the new end-user device, the hub and, on the poster behind, the internet-based data montioring system. 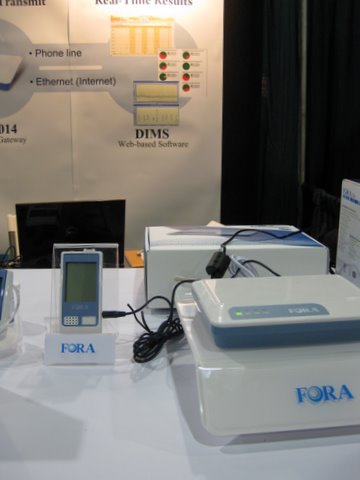 Korea was well represented at MedTrade, and DMT‘s US arm was exhibiting its video-based telecare system. The picture shows one end of the setup – a set-top-box with built in camera and, on the TV screen, split views or the areas being monitored. 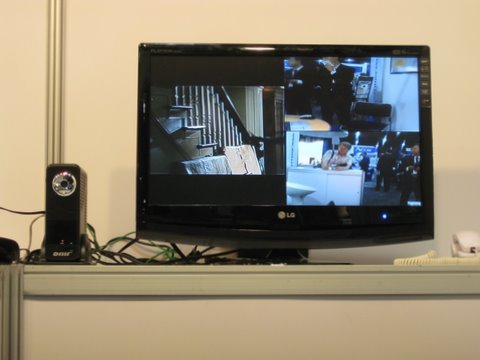 It was good to meet LogicMark‘s CEO Mark Gottleib after having followed the development of the company via press releases on Telecare Aware. LogicMark sells its ‘FreedomAlert’ (no-contract, no-call center ‘programmable 2-way emergency pendant communicator’) in the US via retailers rather than directly to the public. The photo shows the base unit settings that enable the user to choose their preferred dialing sequence and whether or not to call the emergency services, answering one of the initial criticisms raised by a Telecare Aware reader.

This was spotted on my way past the Philips stand which was concentrating on respiration issues, but had an example of the recently announced cordless phone-based alert system (see Telecare Aware item). The handset can be seen on the right. What caught my eye, though, in the light of the recent discussion about medication dispensing devices, was the huge coffee machine sized medication dispenser by its side. Unfortunately there was no representative of Philips Lifeline present on the stand but their website confirms that the device includes remote monitoring of the dispensing. You may want to watch the video on that page. 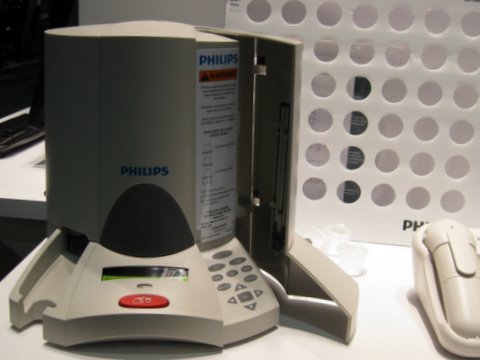